The K1600GTL is now BMW’s premier sports tourer and puts the big machine right in the firing line of bikes like the Honda Pan-European, and the Honda GoldWing. Taken form mcn reviews, over the GT it comes with a massive top case big enough to swallow two full size helmets, the same panniers as the GT, plus it gets lower and further back handlebars, lower footrests, lower pillion footrests and a more luxurious pillion seat. Yet despite those small changes the extra weight and riding position of the GTL makes it feel very different.

This bike is still incredible, just not quite so accomplished as the GT when it comes to covering ground fast. The extra weight over the standard GT means it suffers slightly on bumpy roads but for its sheer size this bike is an amazingly accomplished mile muncher. Sit back, take in the touring way of life and there are few things you’d rather be sat on top. Except for maybe the K1600GT.

The six-cylinder engine is so smooth a baby could sleep on it. Zero vibration, tons of torque, a soundtrack unlike any other bike and the ability to chug along at any revs in top gear. Put simply, it’s the most amazing bike engine anyone has ever built. Five stars aren’t enough. But where the GT is all about that engine, revs building high, going fast and slicing through the countryside, the GTL is more about taking a relaxed pace.

As with most BMW’s, build quality is generally top notch, and no major problems have been reported

The price is an awful lot of money, but when you think that essentially you’re buying a bike with the performance of a sports car but the comfort of an estate car, then it’s not too bad, all considered.

With more kit than your average high specification 5-series car, there are more extras on this bike than anyone will ever need. Over the GT, it comes with a massive top case big enough to swallow two full size helmets, the same panniers as the GT, plus it gets lower and further back handlebars, lower footrests, lower pillion footrests and a more luxurious pillion seat. There’s riding modes and options on adjustable electronic suspension, stereo, heated seats, Sat. nav…. you name it. 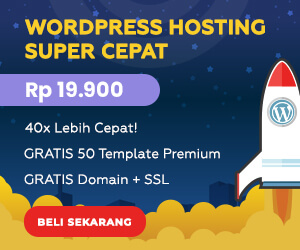